Rich Hickey recently announced that transducers are going to be added to Clojure, and it prompted quite a bit of discussion. After a somewhat brief announcement, Hickey followed up with a couple videos that describe transducers in much more detail: Transducers and Inside Transducers + more.async

Transducers are a very powerful concept that can be utilized in almost any language. In fact, they have been ported to various other languages including JavaScript (1 and 2), Python, Ruby, Java, and Go.

So, erm… What’s a transducer? 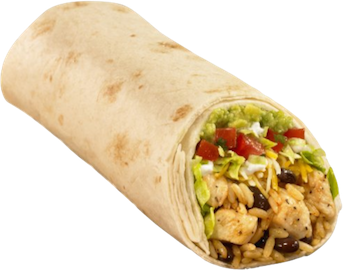 From the Clojure documentation:

Transducers are composable algorithmic transformations. They are independent from the context of their input and output sources and specify only the essence of the transformation in terms of an individual element. Because transducers are decoupled from input or output sources, they can be used in many different processes - collections, streams, channels, observables, etc. Transducers compose directly, without awareness of input or creation of intermediate aggregates.

This is a fancy way of saying that you can use functions like map and filter on basically any type of data source (not just sequences), and by using a step function, transducers can directly output to any type of data structure like iterators, filling an array, writing to a stream, or even invoking a custom function.

Transducers can be applied eagerly.

Eager transformations are kinda like this (you consume and emit all of the data):

We can also use transducers to lazily transform data.

The above example lazily applied a transducer to a generator by creating another generator that applies a reducing step to each value yielded by the generator.

Transducers are composable, allowing you to create a transformation pipeline of data. Take the following example:

We just used the transducers\comp() to compose multiple transducers together into a single function. This composed function applies each transducer function, in the order they are defined, to a series of data. Each transducer performs its operation before deciding whether and how many times to call the next transducer in the pipeline. This means that the t\drop() transducer skips the first two elements of the input series and does not bother calling the subsequent transducers for the elements it skips.

To be clear, this means the pipeline order is as follows: drop -> map -> filter -> take

transducers.php comes with a number of built-in transducer functions.

Please consult the README for a full list of transducers and their descriptions.

Each of these functions apply transducers and provide results in different ways. You can find more information and examples in the README.

Applying to streams of data

Remember when we were talking about how transducers don’t know anything about the data source or the output destination?

Here’s a great example of where this comes into play: transducers can be applied to PHP streams using stream filters.

Because transducers don’t know anything about the sequence of data being transformed, you can apply transducers in any way you want.

Instead of using a 3 arity function like Clojure, transducers.php uses an associative array of functions for speed and clarity.

Reducing function arrays are PHP associative arrays that contain a ‘init’, ‘step’, and ‘result’ key that maps to a function.

You might be thinking that generators in PHP offer similar functionality to transducers– and you’d be right! However, transducers offer a number of benefits over just decorating iterators with generators.

Transducers are more composable than generators

When composing generators, you need to wrap iterators from the inside out, which can lead to code that’s hard to read and deeply nested. Let’s compare transducer composition vs generator compositon (using to nikic’s iter library).

The following composed transducer is a function that creates a pipeline for transforming data: it skips the first two elements of a collection, adds 1 to each value, filters out even numbers, then takes 3 elements from the collection. This new transformation function can be used with various transducer application functions, including to_iter.

Assume both examples have access to a $data variable that is traversable.

Note: to_iter() uses a generator under the hood to lazily apply the transducer

Here’s the same transformation using generators (notice it’s awkwardly composed from the inside out):

Transducers are more generic than generators

Using generators to transform a sequence of data requires that your input data is iterable and that your output is iterable. Generators have knowledge of the traversal, transformation, and building up of a result. Transducers on the other hand are only concerned with transforming data and as such can transform any type of data source including but not limited to iterable data. Transducers can perform an action on each item in a series of data (like writing to a stream) without creating an intermediate sequence whereas a generator would require you to foreach over an iterator and then perform the action. This flexibility is demonstrated in the transducer stream filter.

Transducers are an exciting new innovation from the Clojure community that is now available to the PHP community. Give it a try and let me know what you think.